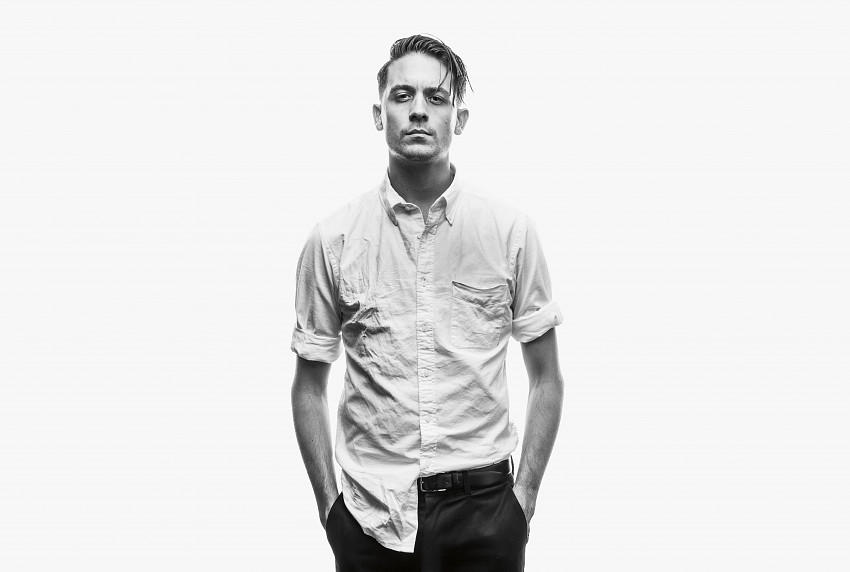 Dressed in black with his hair slicked back, Bay Area rapper G-Eazy is as dapper as he is driven. From selling CDs out of his backpack to living on the road, he has done whatever it takes to live his dream. So what does the future look like for hip-hop’s James Dean? It's just as bright as he is.

Raised in Oakland, CA, G-Eazy enrolled at Loyola University New Orleans because of their strong music industry program. For the budding artist, the partying wasn't nearly as important as creating; he missed more than a few keggers while crafting a series of buzz-generating mixtapes, culminating in his 2011 breakout, Endless Summer, garnering attention from both the backpackers and the mainstream.

Diploma in hand, G-Eazy hit 2012 running. During that summer's “Warped Tour,” he produced, wrote and recorded what would become his full-length debut, Must Be Nice, which landed at #3 on the iTunes Hip Hop Chart completely independent of a label. He has yet to slow down since.

2013 saw G-Eazy complete his first headline tour, selling out shows everywhere from New York to Los Angeles. Looking more like a Tarantino hero than a standard MC, he dodged a bra or two from the stage on a nightly basis. From the overwhelming success of the tour, Paste Magazine named G-Eazy in their top artists to watch in 2013, High Times Magazine named him the “Best New Artist of 2013” and Lil Wayne tapped him to join the “America’s Most Wanted Festival” nationwide tour. The response has only grown more fervent.

As 2013 turned into 2014, G-Eazy went out on his second nationwide headline tour, leading to the release of his highly anticipated album These Things Happen. The album topped the Billboard Hip-Hop/R&B and Top Rap Albums Charts, also earning the #3 spot on the Billboard 200 and the Top Digital Albums Chart on its way to selling over 130,000 copies. The critics lauded G-Eazy’s album as well, with Billboard dubbing G-Eazy “The Young Elvis” in a multi-page feature story, and The New York Times stating that G-Eazy is “clever, approachable and extremely legible” on These Things Happen. Yet even after an appearance on Late Night with Seth Meyers and VIBE’s proclamation that “G-Eazy is, in fact, already a star, or at the very least destined to become one,” his goal remains the same.